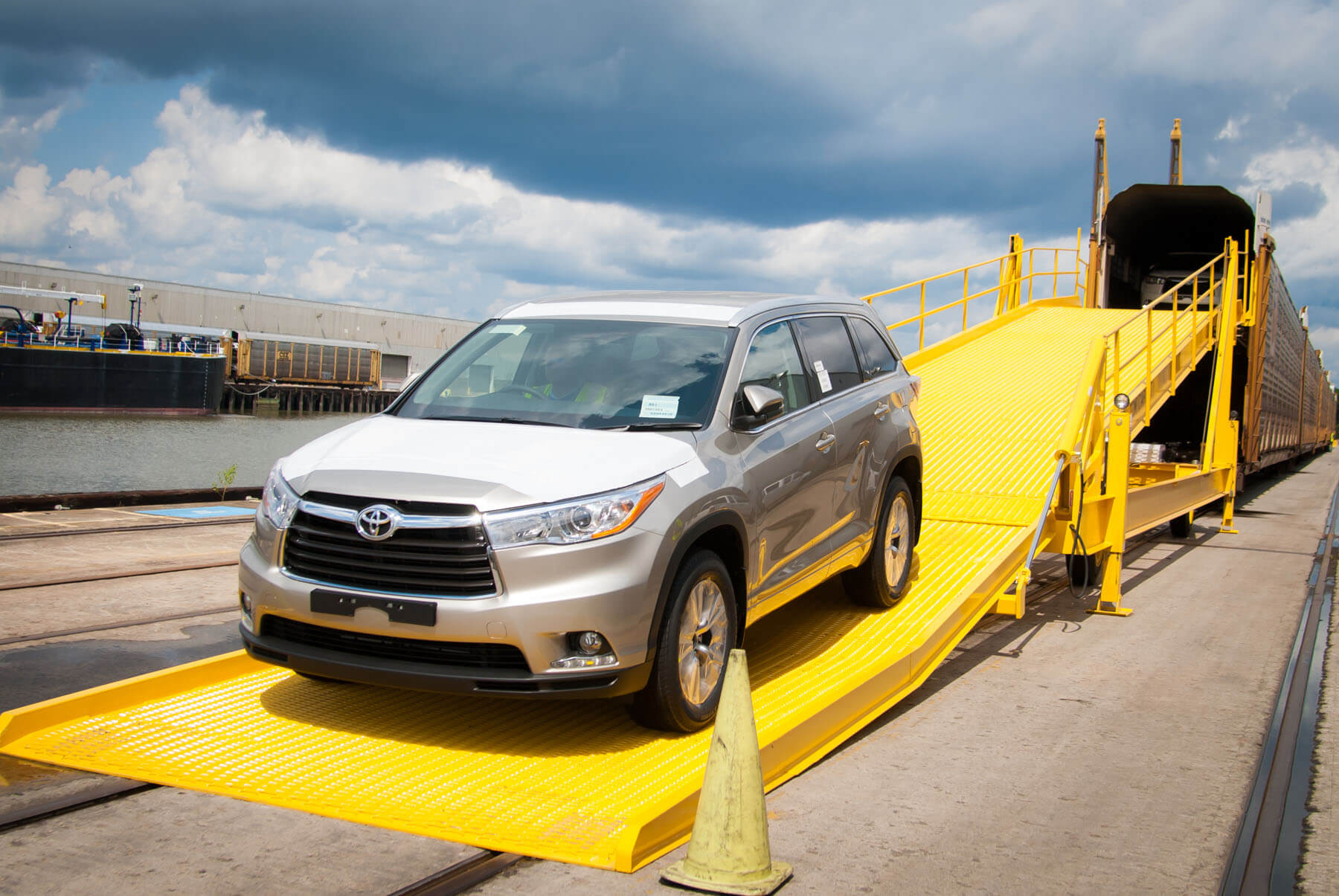 Savannah, Ga. – Sept. 30, 2014 – The Georgia Ports Authority has doubled its Toyota export business, as the company is now moving Highlander SUVs bound for Australia and New Zealand through the Port of Savannah’s Ocean Terminal.

“The efficiency and world-class customer service at our roll-on/roll-off facilities in Savannah and Brunswick have made GPA a trusted name in the movement of vehicles and heavy equipment,” said GPA Executive Director Curtis Foltz. “Combined, our terminals moved more than 700,000 cars, trucks and tractors last fiscal year, and we’re on track to beat that record in FY2015.”

Toyota began exporting Venza crossovers via the Port of Brunswick to Eastern Europe a year and a half ago.

“When researching a location for exports to Oceania, Toyota’s experience in Brunswick made a GPA facility an appealing option,” said Corinne Akahoshi, National Manager of Marine Logistics Operations at Toyota Motor Sales, U.S.A., Inc. “The challenge was in bringing together the service profile – vessel schedules, processing, survey requirements and direct rail service.   The collaboration among the GPA, WWL, Vehicle Services Americas, and Norfolk Southern with Toyota made this move from concept to reality within an incredibly abbreviated time frame.  We had great confidence that with the GPA as a partner, the project would get done.”

The Japanese automaker will move thousands of Highlanders a year from the carmaker’s Princeton, Ind., plant through the GPA terminal in Savannah. The right-hand drive version of the truck is known as the Kluger in Australia.

The vehicles will arrive in Savannah by Norfolk Southern, where they will be staged at Ocean Terminal prior to export. The GPA recently completed paving an additional five acres at Ocean Terminal, bringing the total parking area for roll-on/roll-off cargo to 40 acres on the terminal.

Craig Kessler, director of breakbulk and bulk operations at Ocean Terminal, said four to 10 acres will be devoted to Toyota staging, depending on shipping schedules.

Undercoating will be conducted at a temporary facility until a permanent structure is built, according to Bill Jakubsen, GPA global manager for Ro-Ro, bulk and general cargo. In addition, Toyota plans to build an on-terminal car wash to service their vehicles, which should be completed in early 2015.