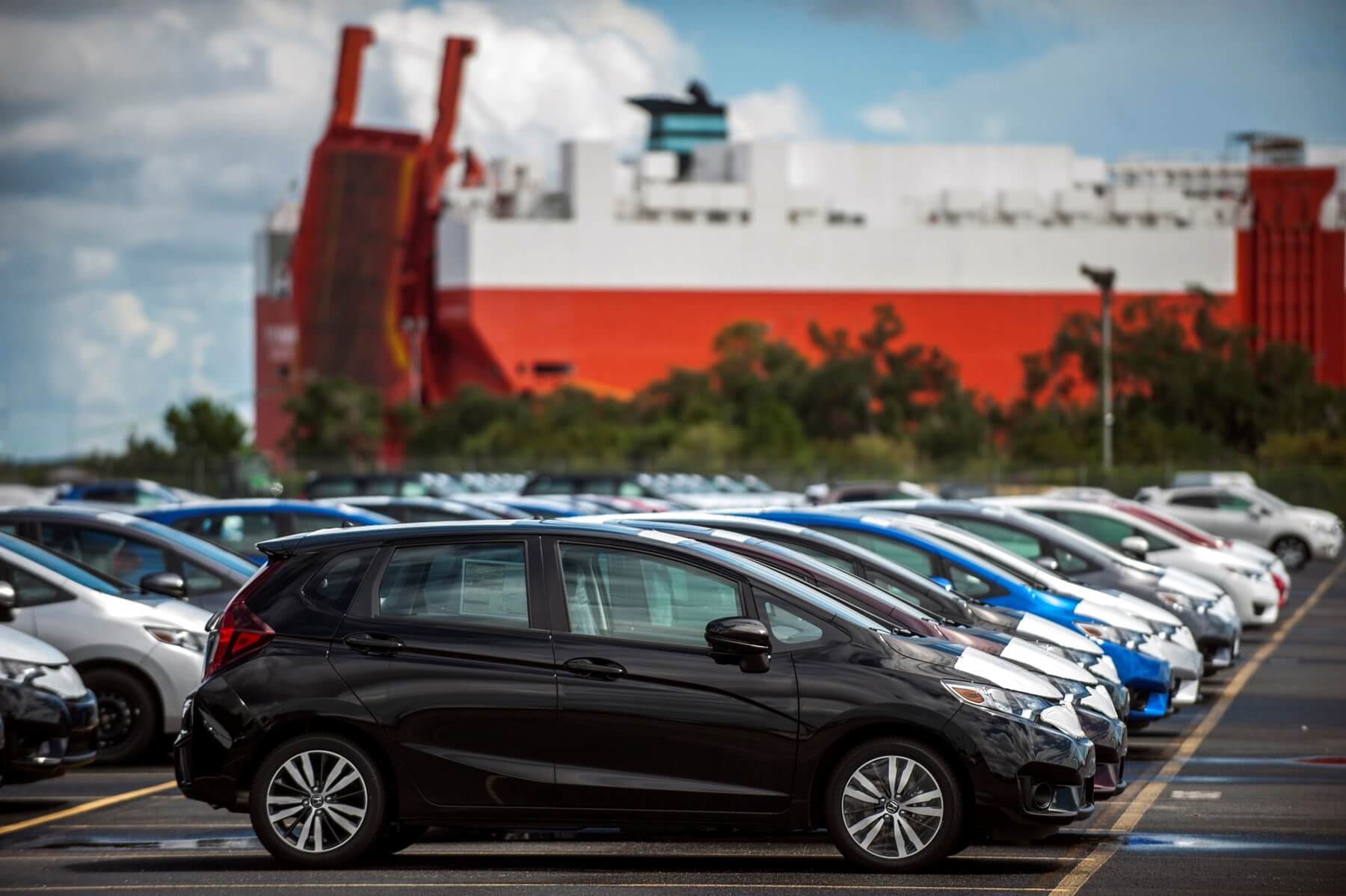 “Our deepwater terminals in Brunswick achieved broad growth in all business sectors, including forest and farm products as well as breakbulk cargo, auto and machinery units,” Foltz said. “Total tonnage was up by 11.6 percent, at more than 3.4 million tons of cargo.”

For the third year in a row, the GPA achieved a record total for auto and machinery units with a 10 percent improvement in FY2014. Moving 700,702 roll-on/roll-off units constituted an increase of 63,760. Most of that business, or 674,327 units, moved over Colonel’s Island terminal in Brunswick. Taken individually, Colonel’s Island Ro/Ro increased by 8.3 percent, or 51,625 units, compared to the previous fiscal year.

Saying he expects strong growth to continue in Ro/Ro traffic, Foltz detailed opportunities for expansion on Colonel’s Island. There are 696 acres in use on the north side of the island, and 742 acres permitted for expansion on the south side.

“Already the nation’s second busiest auto handler, the Port of Brunswick is in an excellent position to significantly expand capacity and, in turn, grow its market share,” Foltz said.

Also in FY2014, the Port of Brunswick achieved strong growth in forest products.

East River Terminal achieved an increase of 19.4 percent (157,924 tons) for a total of 973,281 tons of bulk cargo, which includes products such as wood pellets and chips. Meanwhile, at Mayor’s Point – handling forest products such as wood pulp, linerboard, plywood and paper — tonnage grew by 21.9 percent to reach 157,686 tons, up 28,367 tons. Agribulk cargo handled at Colonel’s Island Terminal grew by 50,209 tons (5.3 percent) to reach 991,374 tons. Growth was largely due to increases in soybean meal, while wheat and corn were also important commodities.

In addition to recapping FY2014 performance, Foltz reported on the maintenance dredging of the Brunswick shipping channel. The Obama Administration’s FY2015 budget included $3.9 million for Brunswick maintenance. The House Appropriations Committee has approved funding at that level, which is down from $5.3 million in FY14. Foltz said that in response to the reduced federal funding, the GPA Board approved spending up the $3 million to supplement federal maintenance dredging funds.

“We would like to thank the Georgia delegation and the U.S. Army Corps of Engineers for their continued efforts to address the shortfall of funding for this critical infrastructure,” Foltz said. “Maintaining the harbor at its authorized depth, both now and in the future, is vital to the free flow of trade at the Port of Brunswick.”