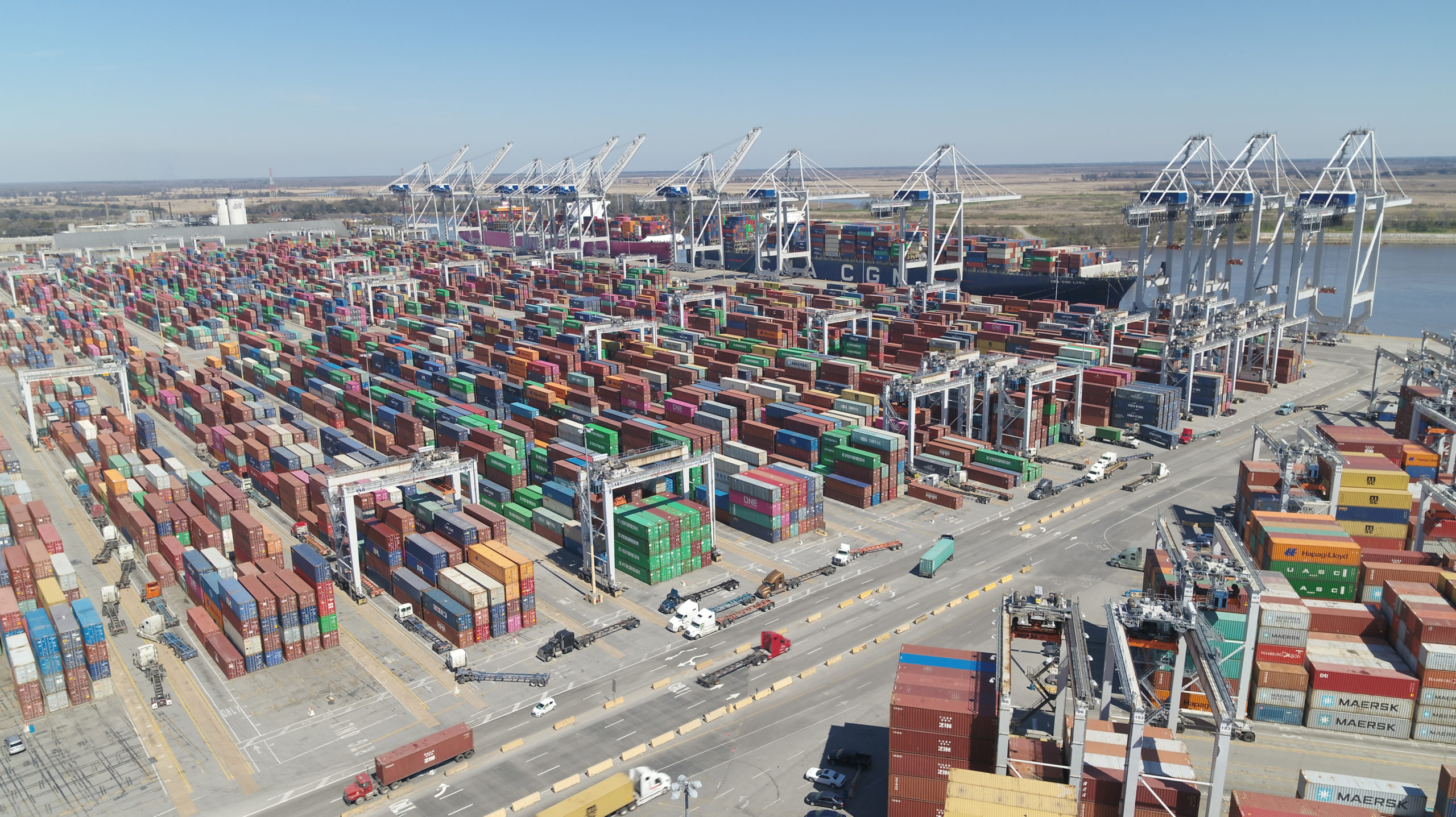 “Every new container that moves through the Port of Savannah means new jobs for Georgia,” said Gov. Brian Kemp. “The port and the entire logistics community continue to serve as an economic engine for Coastal Georgia and the entire state as we accelerate our economic recovery in the aftermath of the COVID-19 pandemic. This record-setting month proves that Georgia is open for business!”

Counting the 498,000 TEUs moved in March, GPA wrapped up the third quarter with a fiscal year-to-date (July-March) total of 3.9 million TEUs, on track to top 5 million for the first time ever in a single year.

“Over the past six months, unprecedented volumes have crossed our docks, but Georgia’s logistics community and GPA’s employees have risen to the occasion by working long hours and bringing on additional staff,” said GPA Executive Director Griff Lynch. “To ensure our vessel operations and terminal services continue to keep pace with our growth, GPA is expediting a series of infrastructure projects from berth and container yard improvements to the expansion of intermodal rail.”

GPA’s Mason Mega Rail Terminal volumes grew by 29.7 percent in March, moving an additional 10,924 containers for a total of 47,684. At the Appalachian Regional Port, intermodal lifts increased 37.7 percent for the month, up by 761 containers compared to March 2020, for a total of 2,782 containers.

“Last month’s performance constitutes a massive turn-around from the same period a year ago,” said GPA Board Chairman Will McKnight. “The Board’s decision to invest more than $100 million per year over the next three years will not only make Savannah better able to handle this new level of trade, but to take on additional business as our customers grow.”

Over the coming months, GPA will add container yard space and rail capacity, as well as growing its big ship service capabilities and crane fleet. By September, GPA will commission Phase I of a project that will add a total of 650,000 TEUs of space at Garden City Terminal. A separate project adding 750,000 TEUs of annual capacity will open for operation in 2023.

To enhance its vessel services, GPA will straighten a bend at Garden City Terminal’s Berth 1. By 2023, the Port of Savannah will be able to simultaneously serve four 15,000-TEU vessels as well as three additional ships. In the same time frame, GPA is adding eight new ship-to-shore cranes to work the larger vessels, bringing its total fleet to 38.