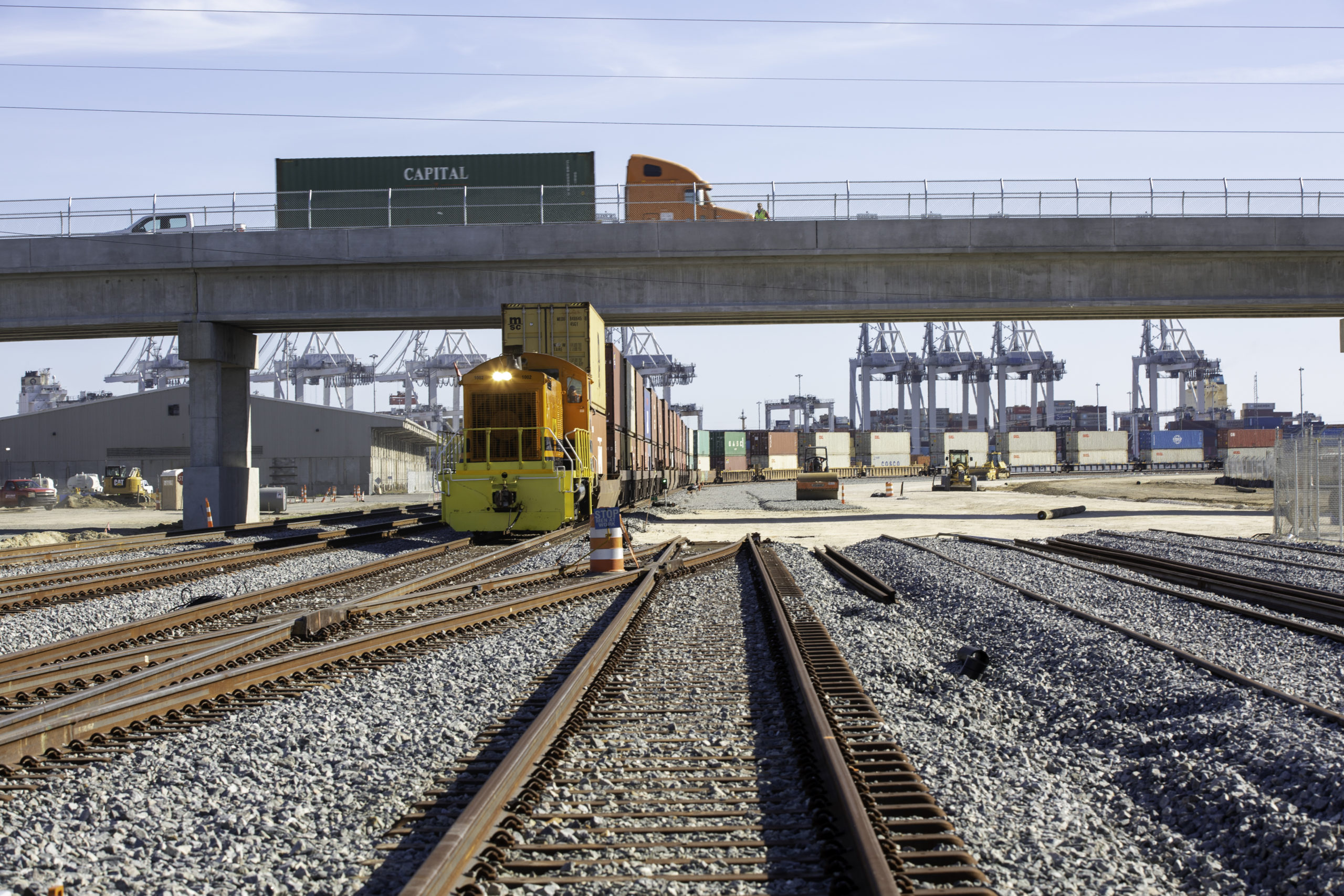 SAVANNAH, Ga., Nov. 30, 2020 – On the heels of achieving its busiest month on record for both container trade and Roll-on/Roll-off cargo, the Georgia Ports Authority has reached a major milestone on its Mason Mega Rail Terminal.

“When complete, Mason Mega Rail Terminal will not only double our rail lift capacity to 2 million TEUs per year, it will increase our reach into the heartland with more frequent, direct service and unmatched reliability,” said GPA Executive Director Griff Lynch. “This expansion will also ensure the free flow of cargo across our terminal and beyond our gates as Savannah takes on more business.”

Lynch said while there is no guarantee container trade will continue to expand at the same rate, the Port of Savannah has achieved incredible growth in the midst of a global pandemic. “To have achieved all-time record volumes in two of the last three months is a tribute to the hard work and collaboration between GPA and our partners throughout the supply chain,” Lynch said. “The progress we have already made on the Mason Mega Rail has delivered significant capacity increases, and will further assure Savannah’s role as the third busiest container gateway in the nation.”

GPA Board Chairman Will McKnight said accommodating new business is key to GPA’s central mission of economic development – and a main reason the Authority is expanding terminal capacity. “Our long-term infrastructure investments ensure cargo fluidity as Savannah’s container trade increases,” McKnight said. “By improving our berthing for today’s larger vessels, expanding container storage, and doubling our rail lift capacity, we’re making sure GPA is ready when our customers are ready to grow.”

At the GPA Board meeting Monday, Lynch reported container volumes at the Port of Savannah reached an all-time high of 464,095 twenty-foot equivalent container units in October, up 35,714 TEUs or 8.3 percent compared to the same month last year. The performance eclipsed the previous all-time record, set in August, of 441,600 TEUs. Savannah’s July through October trade totaled 1.68 million TEUs, an increase of 55,378, or 3.4 percent for the fiscal year to date.

“To handle additional business, the GPA has repurposed Berth 2 at Colonel’s Island in Brunswick to accommodate the largest Ro/Ro vessels calling the U.S. East Coast today,” Lynch said. “In addition, we have been awarded a permit by the U.S. Army Corps of Engineers to add a fourth berth, which is currently in the planning stages.”