Four New Panamax cranes arrive at the Port of Savannah 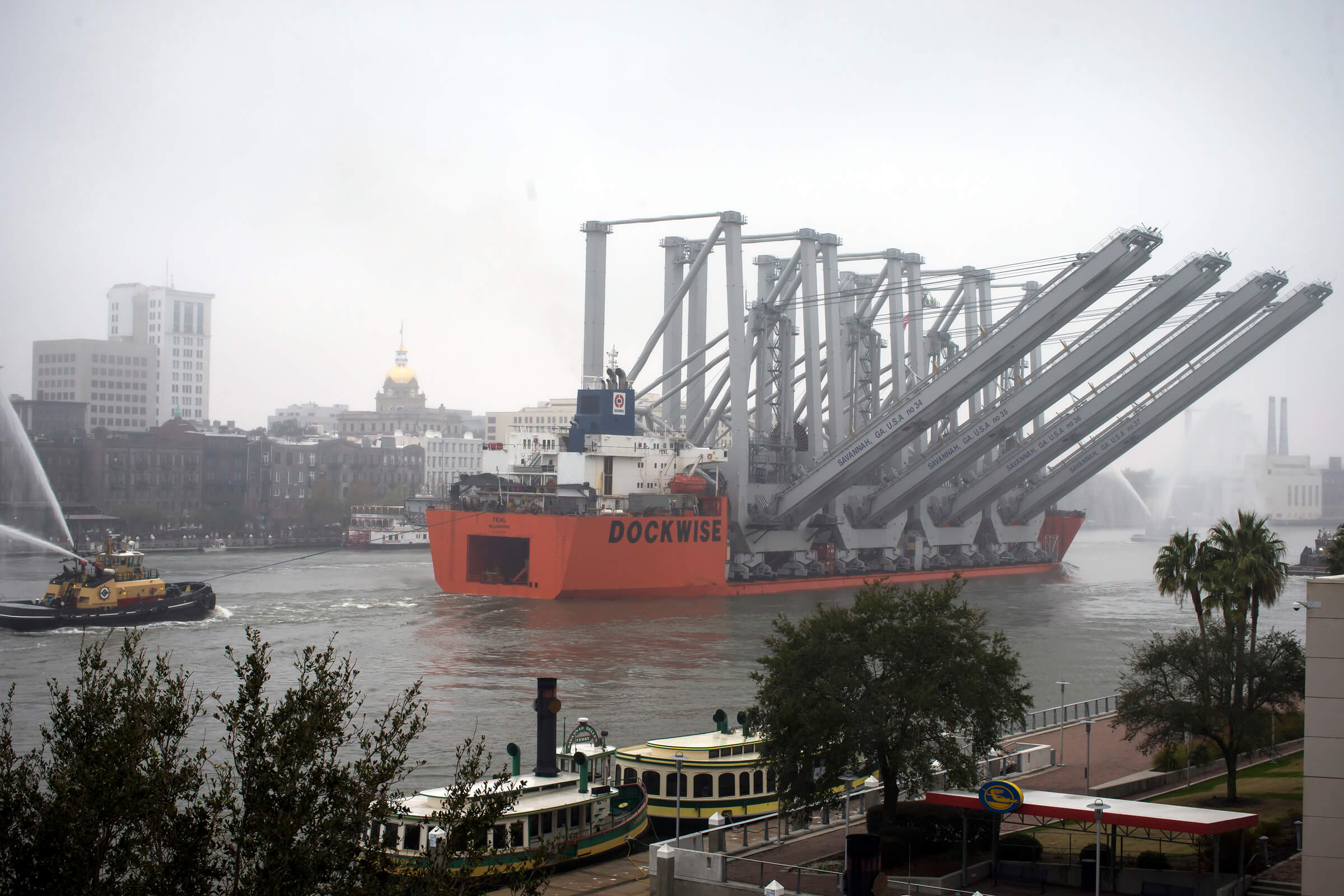 “For customers, it means the capacity to move up to a thousand containers per hour across a single dock at America’s largest terminal – allowing us to work more vessels, more quickly,” said Georgia Ports Authority Executive Director Griff Lynch. “It means getting cargo to market and getting ships back out to sea with unmatched efficiency.”

Designed by Konecranes of Finland, these enormous cranes can work the largest ships calling on the U.S. East Coast, reaching across vessels 22 containers wide.

Counting the new cranes, Savannah now features 20 New Panamax cranes and six post-panamax cranes (reaching 17 containers across). Another four New Panamax cranes are due to arrive in 2018, bringing Savannah’s total to 30. The cranes operate over a dock with nearly 10,000 feet of contiguous berth space.

The new cranes, along with the Savannah Harbor deepening, help to accommodate a move in the world fleet toward larger ships. Through its expanded locks, the Panama Canal can now accommodate vessels with a capacity of 14,000 TEUs – nearly triple the size of the canal’s previous maximum. This opens an important new route for the more efficient ships to serve the U.S. East Coast.