GEORGIA: #1 STATE IN THE NATION TO DO BUSINESS 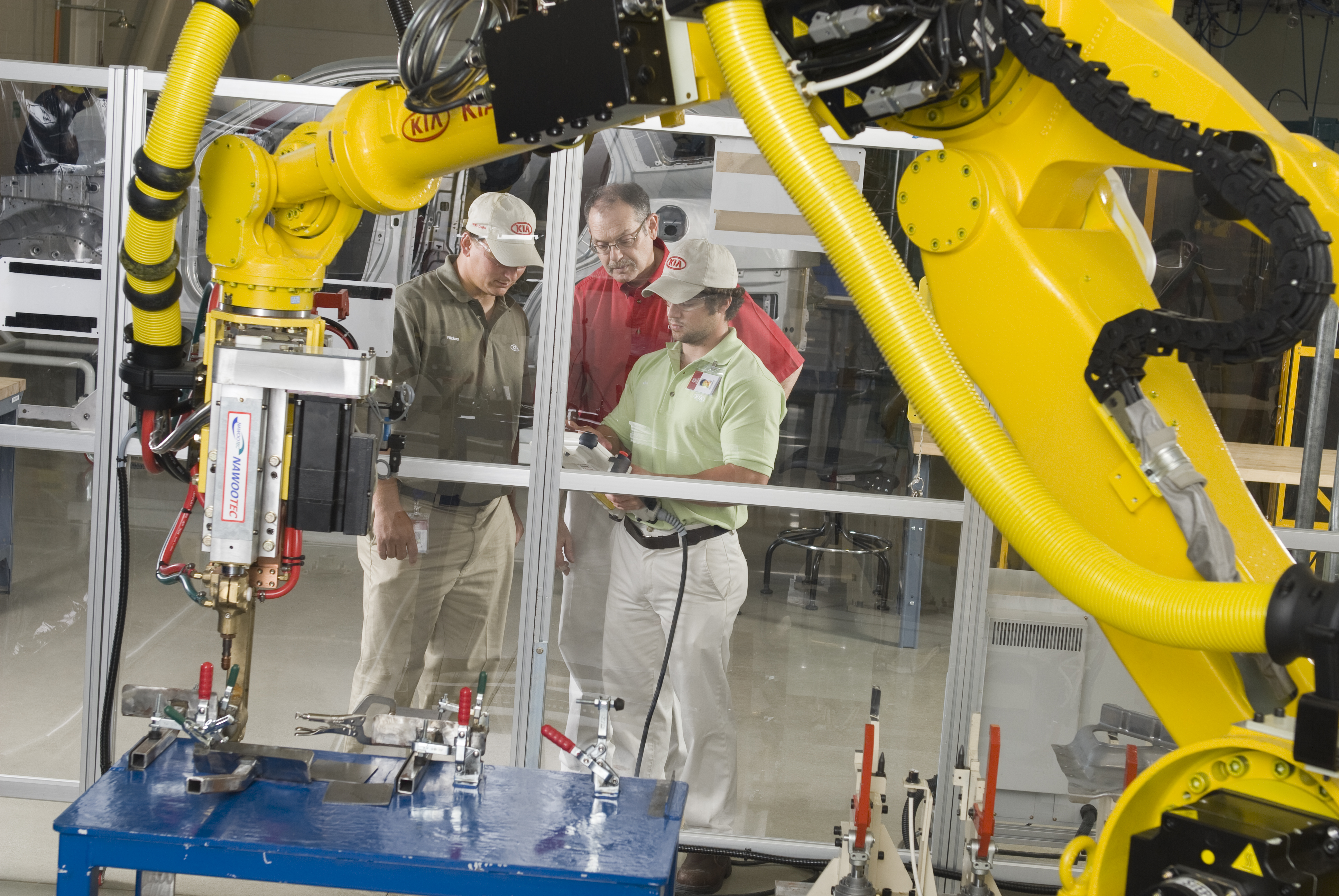 As the highest ranked automotive brand for initial quality the last two years (2016-2017) according to J.D. Power, Kia’s manufacturing facility in West Point is part of one of the  automotive industry’s greatest success stories. Top quality doesn’t just happen; it’s the result of building and maintaining a team  of the best people to continuously improve our performance.  The team in Georgia is world-class and it’s made up of more than  a stellar workforce, it’s always been about having the right  partners supporting our vision and our business in the various departments and agencies among the State of Georgia. Announced in 2006, Kia Motors’ first North American factory would soon become the largest economic development project in Georgia’s history, and the first in a series of record-breaking accomplishments. In January 2008, Georgia Quick Start deployed the auto industry’s first exclusively online application platform that generated more than 43,000 applications for the first 1,200 job openings at Kia Motors Manufacturing Georgia (KMMG), in just 30 days. To date, more than 137,000 applications have been received for positions at the plant in West Point.

Georgia Quick Start traveled the globe to research and develop the gold standard in automotive manufacturing training — the Kia Georgia Training Center. From training production to maintenance, Georgia Quick Start transformed the skills of a largely textile mill workforce into a team that would deliver quality and reliability awards and accolades that are the envy of even the most premium brands.

World-class quality has been achieved despite rigorous production demands. Just as soon as KMMG officially started production of the first vehicle, the 2011 Kia Sorento, we realized we would need to increase production capacity beyond the original plans to keep pace with customer demand. So, an expansion  was completed in January 2012 which added capacity to the rail spur that ties the CSX track to KMMG’s site as well as a host of other construction projects aimed at increasing the volume capacity within the various production shops. All the while, the State of Georgia’s economic development team and related partners proved they were committed to KMMG’s ability to  grow. The resulting annual capacity of 360,000 units allows KMMG to meet demand for dealers across the United States, Canada, Puerto Rico and beyond.

Fulfilling KMMG’s production capacity is dependent upon a successful logistics network. KMMG requires just-in-time and just-in-sequence parts to be delivered to the factory in a constant stream. Too many parts arriving to the plant can be just as crippling as not having enough parts on hand; and with an inventory of four hours or less, precision in logistics is critical. The Georgia Ports Authority has not only facilitated the import activities of necessary production equipment and parts in an effective way, they have innovated to further support the fluctuating demand we experience as production schedules and product mixes evolve.  The inland port in Cordele was the first in a string of ports that Governor Nathan Deal launched and supplies KMMG with inbound parts we need while providing peanuts, cotton and other agricultural items with a supply of train cars headed outbound via Georgia’s ports.

As KMMG looks to the future, we know we will continue to be successful in partnership with Georgia to overcome the challenges we are facing to develop a workforce pipeline in the future. To be sure, the leadership in Georgia has made great strides through a variety of effective initiatives to promote and facilitate low-cost or free education in high demand careers. And, we have also seen progress locally take hold through the University System of Georgia and the Technical College System of Georgia offerings. Dual enrollment growth and the college and career academies that have popped up in many communities are just a couple of examples. A world-class company like Kia needs a world-class education system and it will be incumbent on industry and education to continually evolve the skills and training we need to meet and exceed future workforce demands.

We believe our future in Georgia is very bright. Ultimately, the robust automotive industry and network in the state, combined with a business-friendly environment and an overall low cost of doing business, situated in the center of the greatest logistics ecosystems we could imagine, make Georgia an ideal location  for KMMG to continue on its growth path, and we intend to  do just that.

This testimonial originally appeared in Georgia Ports Authority’s publication, “Georgia: #1 State in the Nation to do Business.” The book stands as a testament to the business-friendly environment in the Peach State, which has become a global destination for companies in a wide range of industries.