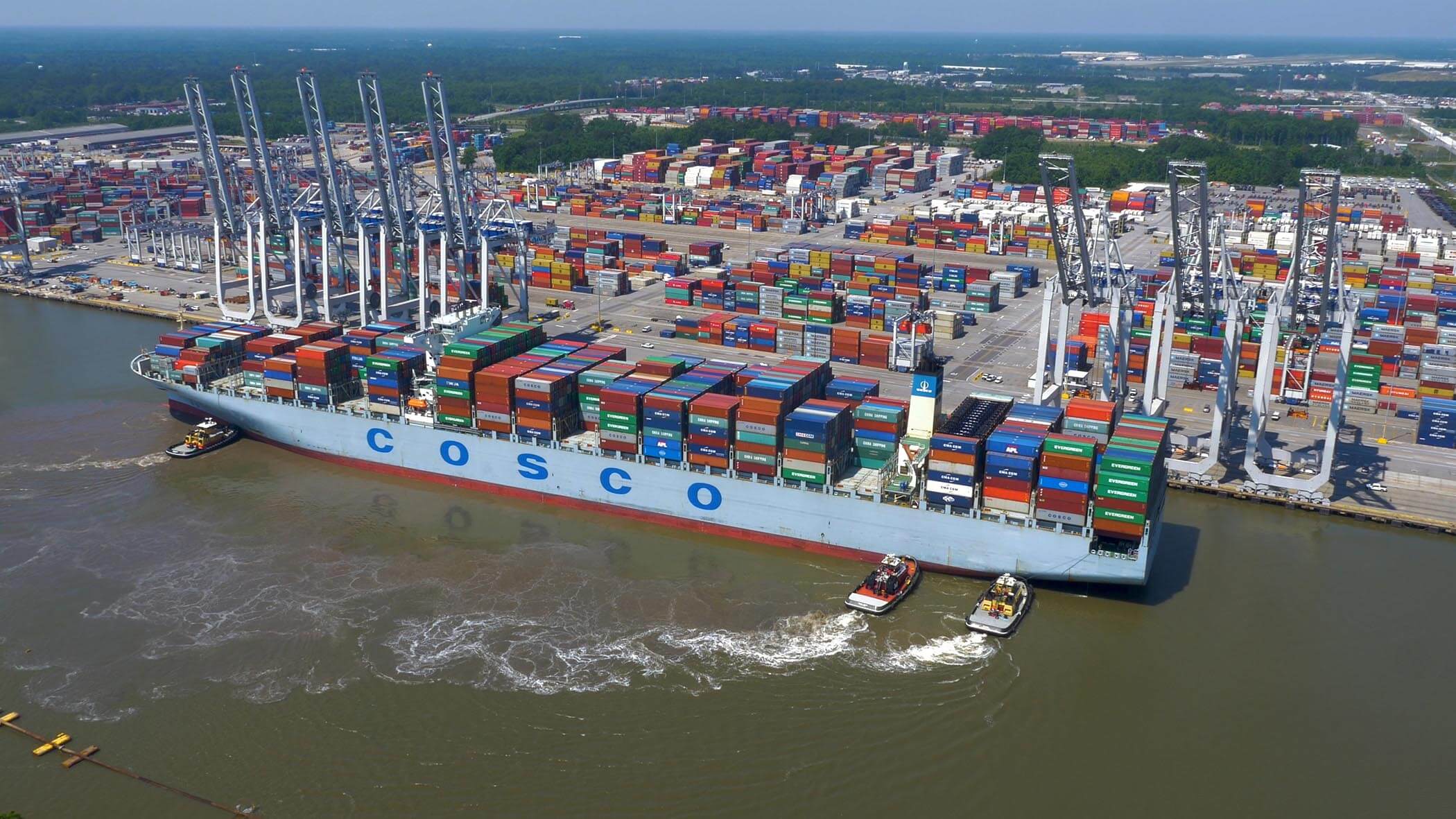 The Port of Savannah grew its volumes by more than 400,000 twenty-foot equivalent container units in 2017, for a record total of 4.04 million TEUs. Find print quality images here. (Georgia Ports Authority)

Savannah, Ga. – January 22, 2018 – The Port of Savannah handled more than 4 million twenty-foot equivalent container units in 2017 – an increase of 11 percent and the port’s highest annual volume ever.

“This is the first time we’ve handled more than 4 million TEUs in a 12-month period, which is an important milestone for Savannah,” said Georgia Ports Authority Executive Director Griff Lynch. “These numbers clearly show that Georgia has the fastest growing and most critical port in the Southeast.”

“Savannah is double the size of the next largest port in the region, highlighting Georgia’s growing role as a gateway for American cargo,” Lynch said. “Similarly, there is no deepening project more significant in the nation at this time than the Savannah Harbor Expansion Project.”

Georgia Gov. Nathan Deal released his Fiscal Year 2018 budget proposal last week, allocating $35 million in additional support for the deepening, for a total of $301 million in state funds. Currently, there are three dredges working in the Savannah River. The project is scheduled for completion by the end of 2021.

“We’d like to thank the governor and General Assembly for their full and complete support of the state share of the project, and we look forward to seeing the federal match with the upcoming release of the President’s budget and the appropriations process,” said GPA Board Chairman Jimmy Allgood. “Our federal delegation to Washington also deserves our appreciation for their tireless work in support of Savannah’s harbor expansion.”

At the GPA board meeting Monday, Lynch reported total trade for 2017 reached a record 35 million tons of cargo, an increase of 3.8 million, or 12 percent.

Intermodal business at Garden City Terminal improved by 18.8 percent in December, reaching nearly 65,000 TEUs moved by rail. The GPA is scheduled to break ground on the Mason Mega Rail terminal in early spring. The project will double Garden City Terminal’s rail lift capacity to 1 million containers per year, and is expected to be complete by the end of 2020.

“What sets Savannah apart is its ability to grow capacity, increase cargo and do it in an efficient manner without congestion,” Allgood said. “Our team at Georgia Ports, along with our logistics partners in Savannah and Brunswick, have truly pulled together to achieve great things. We will continue to do so as the GPA improves its infrastructure to take on new business.”

As part of the Authority’s ongoing effort to expand capacity, the board approved a $3.5 million expenditure to update four of its older ship-to-shore cranes to operate with greater speed and efficiency. In November, the Port of Savannah received four Neopanamax cranes. Another six will arrive in 2020, growing the port’s fleet to 36 cranes, and allowing the port to move nearly 1,300 containers per hour over a single dock.

The board also heard Monday that container exports outpaced imports in December. Loaded export boxes rose by 13.3 percent, while loaded import containers grew at a rate of 11.2 percent year over year. Of 323,117 TEUs in December cargo, export TEUs accounted for 52 percent of trade for the month, while imports were 48 percent.