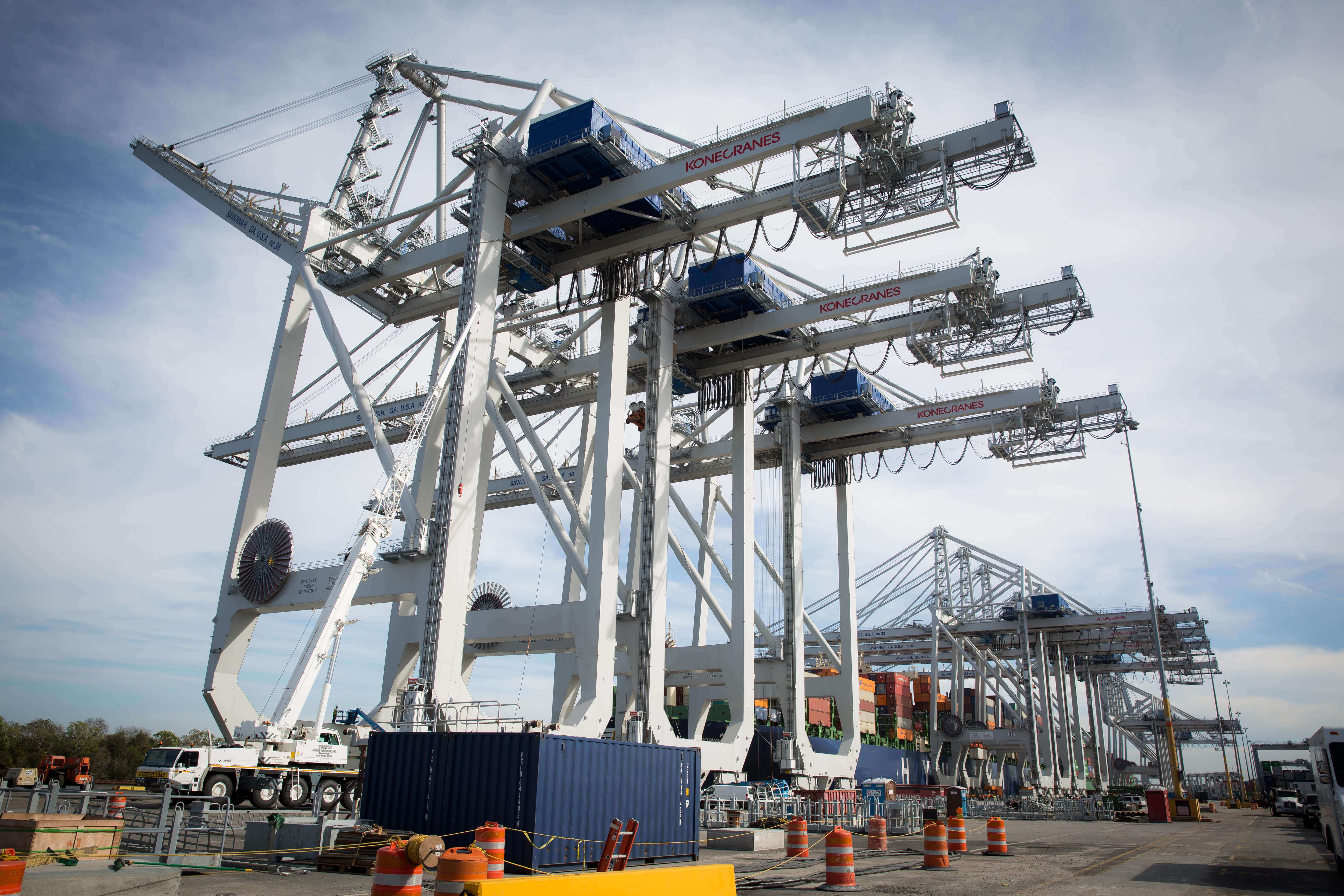 The Port of Savannah has commissioned the first of four new ship-to-shore cranes at Garden City Terminal. Each new crane can lift 65 long tons to a height 152 feet above the dock. Find print quality images here. (Georgia Ports Authority)

Savannah, Ga. – March 22, 2017 -The Georgia Ports Authority has commissioned the first of four new Neo-Panamax ship-to-shore cranes at the Garden City Terminal, bringing its fleet to 23 — more cranes than any other U.S. terminal — with three machines yet to come online.

“Expanding our capabilities means we are able to grow along with our customers, and adjust to changes in the logistics marketplace, such as increasing vessel sizes,” said GPA Chief Operating Officer Ed McCarthy.

Designed by Konecranes of Finland, these enormous cranes can work the largest ships calling on the U.S. East Coast.

The growing crane fleet, working over nearly 10,000 contiguous feet of dock, will be able to handle more than 1,000 container moves per hour when all 30 cranes are in place.

On Monday, Executive Director Griff Lynch reported to the GPA Board 14.4 percent growth in containerized trade for February.